The spinal cord passes through the vertebral column, which forms a bony protective cover. At the thoracic region (upper back), the spinal canal is especially narrow when compared to the neck and lower back regions, making it more susceptible to compression. Adjacent vertebrae articulate at two joints called the facet joints. They allow load-bearing and flexibility and stabilize the spine during bending and twisting. Degeneration of these joints can compress adjoining spinal nerves, causing pain and loss of sensation in the region the nerve supplies. Thoracic facetectomy is a surgical procedure performed to remove one or both joints to decompress and restore function in the nerves.

Thoracic facetectomy may be indicated for the following spinal conditions:

To perform thoracic facetectomy you will lie on your stomach. An incision is made in the middle of your back along the affected vertebrae. The surrounding muscles are carefully separated. Alternatively, a minimally invasive approach can be chosen, where a tubular retractor is introduced through a small incision to hold back the surrounding muscles and form a narrow tunnel through which the surgery can be performed.

Once the surgical site is exposed, the lamina (vertebral arch that covers the spinal cord) is either partially or completely removed (laminectomy). This is followed by facetectomy, where the facet joint is removed. Next, the pedicle or the stub of bone that connects the lamina and the vertebral body is removed (pediculectomy) either completely or partially, using a special instrument called a burr. In cases of a herniated disc or tumor, the disc or tumor is also resected. Once the spinal cord is decompressed, the muscles are released and the incision is sutured.

Following thoracic facetectomy, you will be given pain medication and antibiotics to prevent an infection, and encouraged to move around as soon as possible. Your discharge will depend upon when you gain stability and the extensiveness of the surgery.

As with all surgical procedures, thoracic facetectomy may be associated with certain complications such as post-operative pain, damage to the adjacent nerves and bleeding. 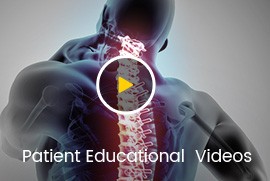